In the spring, Romania advertised an open contest for the best job ever.
The winner does not need to be well-prepared, but persuasive. Learning at the work place is highly encouraged, therefore the successful candidate receives a sort of scholarship.


The scholarship will cover all tuition costs and the accommodation in the Cotroceni Palace, that is a large ... Vila, with many rooms, and domestic workers to keep it clean. The neighbourhood is nice, and includes a Botanical Garden, several restaurants and coffee places, if one needs more than the generous courtyard and the own kitchen. A shopping-mall is also in the nearby.

Pocket money, gifts from business representatives, travel and conference costs are included as well. To be more attractive, side benefits such as car (with a driver), body-guards, free telephone and Internet, subscription to satellite and cable TV, invitations to art and sport events, etc. are also offered. Founding for research assistants is also available.

The initial contract lasts 5 years, and may include a 5-year extension for good behaviour! More important, it does not require any publishing, so any anti-plagiarism checks are excluded by default. there is no need to apply for third part grants, and there is no teaching obligation. Heaven on Cotroceni, isn't it?

The final selection of candidates is done democratically, through the vote of all citizens.
The vote is secret, and will be held in two rounds, in specially designed voting booths. The first of them, is on Sunday. People will cast the second ballot two weeks later.

There are 14 candidates, but only two actually matter. Among the rest, several defined themselves as losers, others compete for the sake of competition and to solve some personal needs, at least two enjoy (almost) free nation-wide advertising for their legal business.

Among the two actual competitors ... One has a plagiarized PhD (in law!!!). The other one is a non-charismatic German (and highschool teacher). The "cover letter/research plan" of none of them is stunning (check my other posts about the 2014 presidential elections).

One may say that one of them will get a scholarship that is too good for his abilities. But since there is no better one, the only pragmatic option is to enjoy the moment! 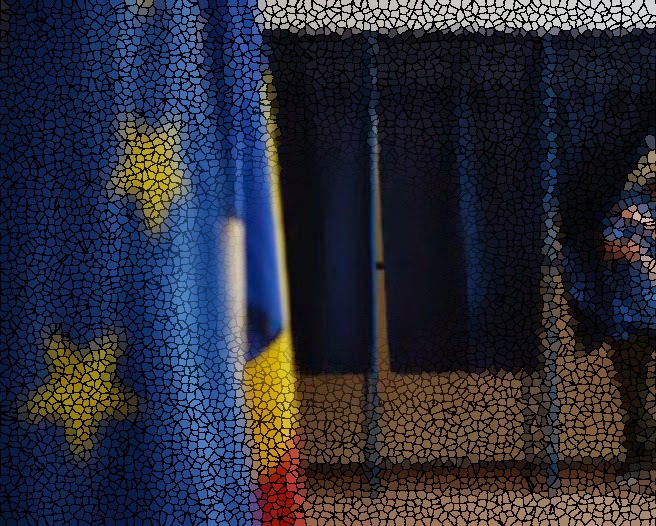 * I am indebted to Ozana and Călin for suggesting, on my Facebook wall, the metaphor with the school performer and the scholarship.
- octombrie 31, 2014