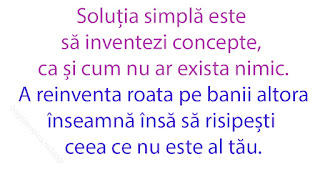 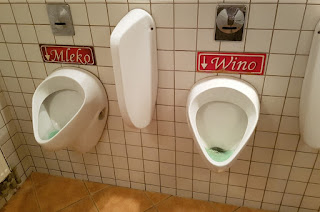 Long time no posting funny toilets. But I have inspected my phone :) So, let's start: In Warsaw, Poland, they recycle everything. Milk, wine, beer, :)   In Romania (in a hotel close to Brașov), they specifically ask: "Do not throw alien (or strange) objects in the toilet! Use the garbage can!" In Bucharest, Romania (Bordello Bar), they entertain you while peeing: In Berlin, life is supposed to be sweet, and ice-cones await you in the toilet: (to be continued, sometime)
Trimiteți un comentariu
Citiți mai multe

15 minutes to noon, the main square is already packed. Eyes heads up, towards the figurines in the Neue Rathaus tower. Women and men. Giggling children. At noon sharp, the bell starts to ring. However, it is not the Townhall. It comes from behind the square, maybe from St. Peter church, maybe from Frauenkirche, maybe from another church. The Neue Rathaus is still quiet. Tourists first time in München become worry 3 minutes latter when another bell rings. Then it is the turn of another one. One may feel disappointment within the crowd gathered in Marienplatz. And some hope: “We are so many; they could not have fooled all of us”, everybody thinks. 7 minutes past hour, the crowd is happy. The figurines in the bell tower are moving. It was worth waiting. The champions go round, and in the end, one knight wins the jousting tournament, the other being pushed off the horse by the blunted tip of the opponent's lance. An enthusiastic reaction comes from the crowd. Eyes are glittering, t
Trimiteți un comentariu
Citiți mai multe
Mai multe postări