A 13-year-old boy was decapitated in Syria, by rebels. He was labeled as being the enemy.

A mother and her three daughters were stabbed by a Moroccan man in southern France, for taking sun baths. They were labeled as being indecent.

In recent months, there was an uncontrolled attack almost every single week. People died all over the world. People could not enjoy life because other people believed they do not follow a traditional rule.

The US experience every few months an armed attack, in which Americans use guns against Americans, just for showing their power. Typically, the aim is a high school or a college.

Killing youth and children has this ancestral symbolic meaning that one cuts the roots of the evil, by expelling the heritors out of this world. This was pretty much the most important survival rule in the dark ages of the Middle Age. Bloody examples may be found in the Bible and Quran. And this is the most simplistic way to solve an imaginary problem: killing.

Breivik is the best-known example, since he was coming from a society that puts less price on such habits, and actually ejects them. But he occurred and acted in a “barbarian” way...

The more such killings, the more examples one has to follow ...

Parties such as UKIP and FN, politicians of various orientations constantly exploit the niche. They provide traditional individuals with traditional ways of solving problems. Keep the borders closed, send people to churches, eliminate freedom of speech, blame the liberals as being the enemies, and the socialists to be against the traditional law as well. Blame the system is the newer manifestation of such tendency, a sort of extremism à la carte.

Pierro Ignazi explained it 20 years ago, discussing about the silent-counter revolution. When important parts of society move towards more freedom, trust, and focus on the individual as a human being, not just another …. part of the society, the most traditional people voice up. They back traditional solutions to restore the old order. The one in which all are the same, as an army of identical soldiers. The new chaos, of whose rules they do not master, is proposed to be replaced by the old order. They attempt to block freedom of movement and speech. They call for religious obedience. They ask for less liberal education. They provide populism. They promise development. Hitler did it the same way. He is the salient example. But his not an exception. Au contrary. As Inglehart and Baker noted, when a threat is visible, many retreat to more traditional values. This is what populists of all orientations are awaiting. They seize the opportunity, start blaming “the other”, find the exploit in the weakness of a political system rotten by corruption and mediocrity, but forget saying they are the same in this respect. They attempt to take power and in many cases they manage to. Eventually, their failure leaves a huge paying bill for society, and regular people start asking how it was possible that they get deceived.

The new social war hits modern civilization in its basic foundations: tolerance, rule of law, trusting people, individual freedom, pursuing knowledge. This is the great ISIS victory: we turn back towards traditionalism, we choose a new Middle Age. See the Brexit, to coin a single example. (I do not refer Brexit as the separation of the UK from the EU, but as an act to legitimize the interests of the traditionalist camp). 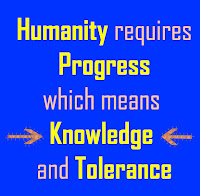 Social science can teach us about such stories. Social science can explain how societies fail, and can enable prevention of such failure. Social science cannot fully prevent terrorist attacks, but can enable societies to defend against them and to minimize the effects. This why one needs studying societies, in particular in a comparative perspective. One needs to consider all variables, to contrast what happens somewhere else with what happens in one’s own courtyard, and to quickly react by enabling decision makers and regular people to understand where they are and follow informed solutions and policies.


This is part of what we tried to explain the Romanian Agency for Scientific Research, a couple of months ago, in the context of the almost total exclusion of social science from financing in the national research plan valid until 2020. The reaction was polite, but we learned that we were not convincing enough to persuade the Agency to allot about 120,000 Euro yearly for comparative research (this is less than the total yearly expenses of a Romanian football team to play and avoid relegation from the 4th League!!). Therefore, I start today a series of public postings that aim to provide compelling examples. If anyone wants to join, please e-mail me. Any collaboration is more than welcome.
- iulie 23, 2016