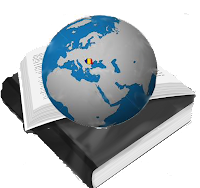 In Redshirts, John Scalzi’s 2012 book winner of the 2013 Locus prize for best SF novel, most of the characters bear English (American) names. However, a minor character is called Flaviu Andreescu. The name, clearly of Romanian origin, is mentioned just twice or so, and the man behind it never actually appears into action. What would this say about Scalzi’s image of Romanians, since the appellative belongs to the only scientist to be present within the book, and Flaviu Andreescu is invoked as an indubitable authority? ;)

Let me also say some words about the book. It is a light SF text, in the sense that nothing is really elaborated, and the action is very close to how SF series look likes. Scalzi seemed to intend deconstructing how TV series are produced. His experience as “creative consultant” for Stargate Universe should have helped him in Redshirts’ attempt to mock TV playscripts. However, Scalzi chose the narrative behind the book to be exactly as the ones that he ridicules, including implausible situations and characters, and easy to guess twists. In my view, this replaces the critic with a sort of bad quality disguised appraisal. And I think that this is what the book is: just another soap opera, with a SF background, meant to sell many copies and to bring good money to the writer. My view probably meets the one expressed by Tudor for CititorSF.ro: there where better books to win the Locus award this year.

If I would grant Redshirts a merit, this is the attempt to introduce a debate about the future of television. However, even this theme is at most sketched and looks rather forged, as a crude material which might have been brilliantly shining, but it’s not.

One question remains unanswered for the moment: when the book would turn into a screenplay? Because it looks that it would surely do.

PS. The novel is easy enough to be suitable for listening when jogging. Such usefulness added an extra point in my above rating ;)