Imagine a 4 star all-inclusive hotel on a Mediterranean island. The guests obviously are a relatively homogeneous population: couples with pre-teen or young teenager kids, better educated and wealthier than average. More than this, their income should have been pretty similar.

My unsystematic observations, fully confirmed by my wife's, display a dully north-south discrepancy:

Now, let see the Eurostat figures, knowing that comparison might be biased due to different population structures (i.e. some countries are far better educated as compared to others; some are wealthier than others; etc.). Also, some people may buy books from the neighboring countries. 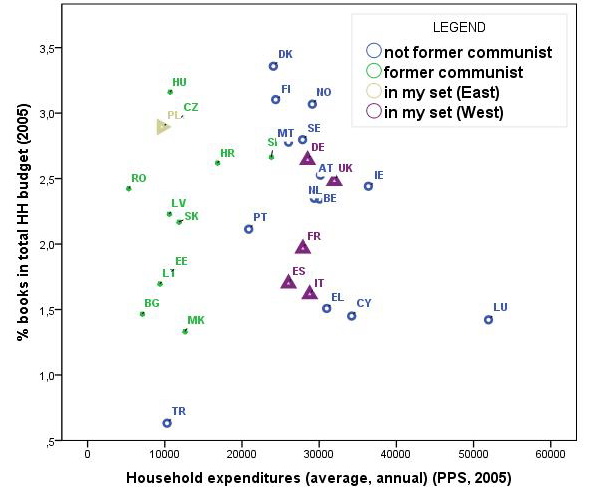 I was actually surprised of the good fit. I would have expected lower consumption in the East, but there should probably be another effect given by the size of budget… 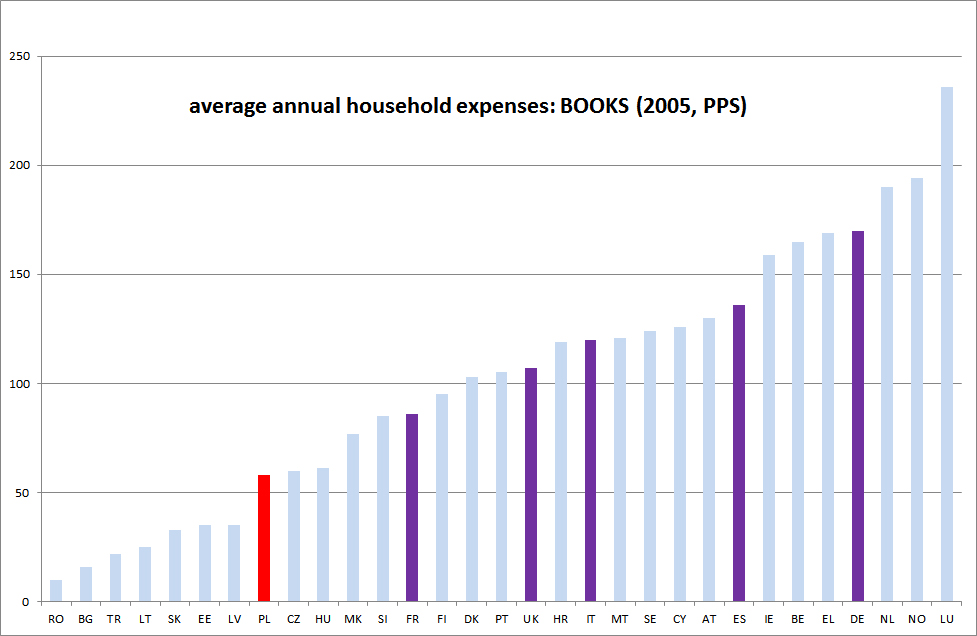 Note: The indicators are taken or derived from the Eurostat's Cultural statistics, 2011 edition. The graphs are drawn by myself.
- august 22, 2012

This is a very interesting statistic. I would not have known to look for it at Eurostat.
Somehow your post answers to some of my recent thoughts... Luxembourg seems to be the right place for reading :)