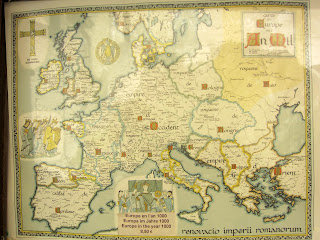 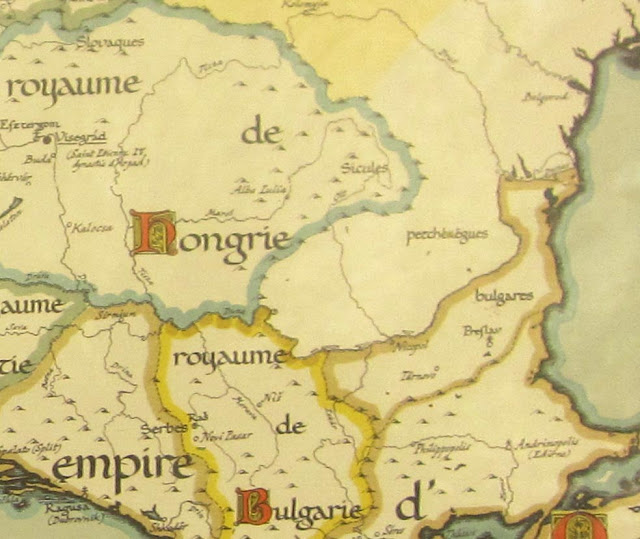 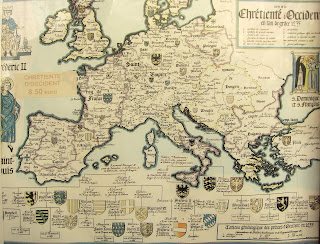 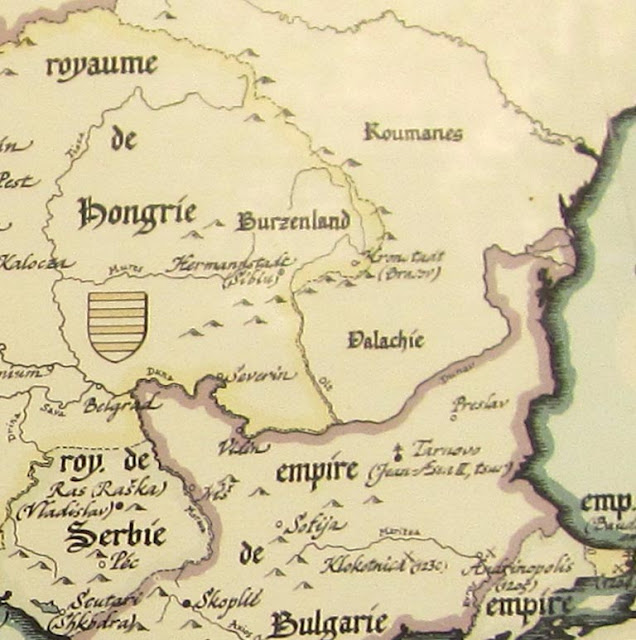 My interest about HG Wells (see previous post) did not come out of the blue. I have read some of his SF novels and stories as a child. Of course, few were translated in Romanian at the time: the communist regime was not eager to promote deviationist ideas among the citizens. However, the Time Machine and the Invisible Man were enough harmless to pass the censure.

My beloved wife offered me, as Christmas gift, the most recent David Lodge’s book, A Man of Parts, a biographical novel with HG Wells as main character.


My wife did not know that the book has anything to do with HG Wells, but was aware of me liking David Lodge’s novels. Lodge wrote more than a dozen of comic novel, all very hilarious. I think that best known is the trilogy on academic life (Small World, Changing Places, Nice Work*), but the British Museum is Falling Down, Deaf Sentence and all the others are just lovely. Lodge really knows how to write, has always something interesting to describe, has a message, and is very amusing.

I always asked myself if either being university professor and scholar of criticism helped David Lodge to become a writer, or it is just his natural gift.

Anyway, as a novelist, Lodge produced more than pure fiction and comic texts. A Man of Parts is an example. It is probably far from being one of his best works, but it is a good pretext to mention the writer on this blog ;). I really do not know if I like or not A Man of Parts. My opinion is surely biased: as I said, I like both HG Wells and David Lodge. The book is abundant in details about Wells passionate life, even without insisting much on the époque (which I think that is an unfortunate minus). It depicts gradually the pattern of thinking that Lodge considers it was specific to Wells. The story is always reinforced with examples from Wells' books, and from his private correspondence with contemporaries, friends and/or lovers, many of them known writers by themselves. However, these excerpts tend to reduce the rhythm in which the action develops, diminishing the novelistic quality of the book. On the other hand, the fiction-like narrative makes the non-fiction character of the book to be too much dispersed in the 559 pages of the tome.

I would say that reading the book was quite informative, but not actually thrilling. Probably I would have preferred to have two different volumes: a document-based description and a novel. However, I still have the strange feeling that A Man of Parts is not a bad book?

*For my Romanian readers: The Romanian translations of the titles are slightly different, but one can easily retrieve the books from any online bookshop…
- aprilie 24, 2012 Niciun comentariu:

Earlier this year I run a sort of poll among people I know. I have asked a little more than a dozen, maybe even twenty, if the name H.G. Wells rings a bell. Less than a handful correctly pointed out the English novelist, member of Fabian society. On the opposite, all of them immediately recognized the name of Jules Verne. I found this both disturbing and unfair. Hence this post on HG Wells.

A sort of iconic figure for the British society, Wells was portrayed as an episodic character in the successful TV series Dr.Who (the 2005 series), and reinvented as a women (which is somehow ironical) recurring as character in the Warehouse 13 series. However, he is much more than a personage common to some TV series. Born in 1866, he lived a passionate life, as a front page actor. Nowadays he is considered as one of the three founding fathers of science fiction, along with Jules Verne and the Luxembourger Hugo Gernsback. The later was an inventive and efficient editor of SF literature. He invented the term, published first magazines, and was at the origin of fandom. Hugo Gernsback was a mediocre writer, therefore the comparison should be done between Wells and Verne.

Both were active approximately in the same period, had excellent literary skills, and were also mainstream writers. Their style was however different. Verne wrote nice adventure stories that everybody knows and have enjoyed during childhood. Captain Grant’s kids and Phil’s Fog balloon travel around the globe, to pick just two examples, were good novels, with lovely plots, exiting adventures, some romance, and happy endings. Their success triggered the popular interest towards the SF writings, in which the author popularized mild inventions such as flying machines, rockets to the Moon, or Nemo’s submarine. All become reality and today everybody knows about Jules Verne. At least everybody who might read this blog ;).

Wells was more concerned with promoting his political ideas, like socialist utopias, and free love. They make good profits for the editors, but were less likely to be fully accepted by public opinion. More, catholic, orthodox, and communist countries were probably not very eager to translate HG Wells. Also, his science fiction contributions were more fantastic than Jules Verne’s. He described a Time Machine (and here is the connection with Dr. Who), an Invisible Man, or Martians invading Earth, during a complicated War of Worlds. There is not much engineering, but more imagination about what can be, and how this would affect life and humanity. All his themes are to be found, in more refined versions in contemporary science fiction literature.

On the other hand, Wells’ personal life involved continuous extramarital relations, and a rather gender-imbalanced approach, according to nowadays standards. However, according to the standards of his time, he was rather an activist for woman rights, and an advocate for a more equal world. His presence in the Fabian society (the ancestor of the Labour Party) was therefore natural. Due to his liberal views on marriage and sexual relations, Wells proved to be too radical even for socialists, even if not in the communist direction.

As I said, personal life and libertine ideas, made Wells less known outside Britain and probably the US. (In the 30s, when radio was a kind of God, they have broadcasted, without any warning, Wells’s story about Martians invading Earth. Many people though it is for true, panicked, get hysterical… A good rehearsal for extreme situations, like the Romanian Revolution in 1989, I would say…)

The most recent David Lodge’s novel discusses HG Wells life, loves, ideas and novels. I will briefly introduce it in the next post.
- aprilie 24, 2012 Niciun comentariu: 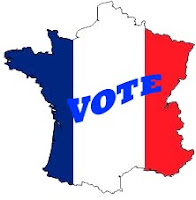 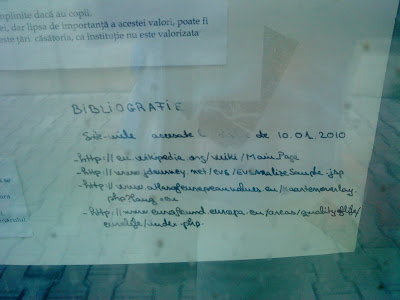 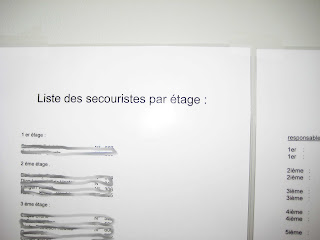 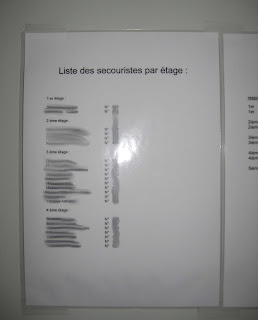 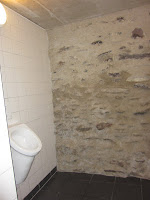 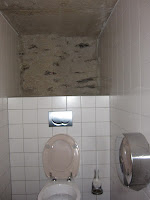 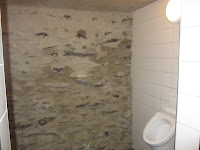 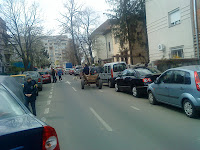 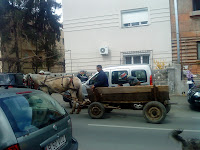 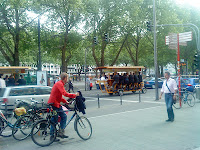 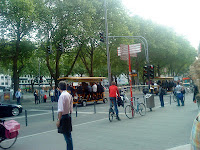 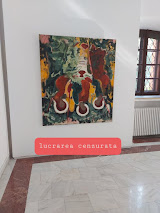