Published in 2011 In The Marriage Plot , Jeffrey Eugenides tries a role that barely fits his style. He deconstructs every single thought, gesture, action of his main characters, explaining and over-explaining them, until they almost completely lose meaning. If it had been not about Eugenides, finishing the book would have been unlikely in my case. However, I continued to the last page. By the end, patience got partly rewarded. One might be bored of insisting on semiotics and the sometimes trailing story, but one needs to get to the second half, and then to the end, to rediscover a great writer, although not in his best creation. My rating: 5 out of 10 (the novel should have been shorter). Book cover retrieved from the review that The Telegraph did to the book.
Trimiteți un comentariu
Citiți mai multe 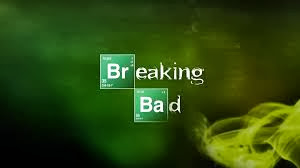 Breaking Bad is a TV series, in which a chemist portrayed as a genius prepares meth (methamphetamine - a psychoactive drug), breaks all possible laws, and all main characters find at least a way not to obey the rule of law. The logo of the TV Series looks like this: Other distinctive images in the series show the Mendeleev's table and the name of the players announced as bellow: In November, in the Moscow's Higher School of Economics I have noticed an announcement for a certain academic prize (as I have been told). It looks like this and proves the popularity of the show: Visiting the site of a certain Romanian TV channel (Digi24), I found this amazing logo, done for a show that they will broadcast on the national day, call #Triumful unei Naţiuni# (Triumph of a Nation): The question is, how Ba d Roma N ians are Br eaking the la W according to DigiTV? Or has the TV channel any idea what its advertisement implies?
Trimiteți un comentariu
Citiți mai multe 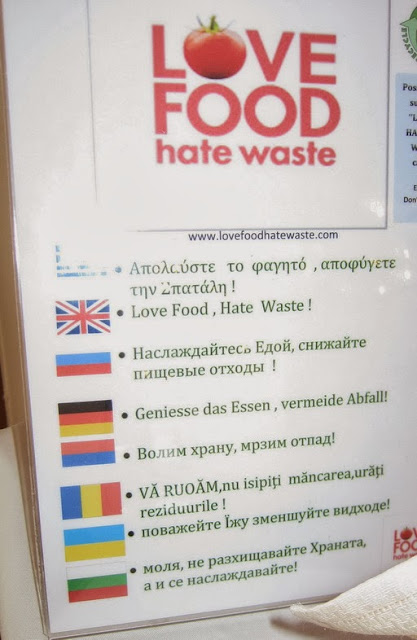 Strange campaign for a five star hotel which does not provide so much variety for lunch/dinner, isn't it? [not to mention that they have three errors in seven words, when it comes to the Romanian translation] (Hotel Possidi Holidays, in Halkidiki, summer of 2013).
Trimiteți un comentariu
Citiți mai multe

Julian Barnes, A History of the World in 10 1/2 chapters

In his account of the history of the world (first published in 1989), Julian Barnes gives plenty of proof for his creativity, and provides a resistance tour as storyteller. The book does not look like a novel, and maybe it is not. It starts with Noah and his Ark, seen in an apparently comic perspective. Despite vivid humor, the author addresses most of the common (theological) debates related to the Ark, deconstructs them, and basically reduces them to ashes, in a subtle way that churches cannot easily attack, although they would never admire. A set of other 9 story add, with the Ark as recurring leitmotiv ("supporting character"), religion as (sometimes almost invisible) common ground, and intrigues that happens in completely different places and times, and with totally different actors. Sometimes, the author becomes a voice by himself, sharing opinions with the reader, and arguing them with facts, and the book seem to turn in an unsystematic investigation about the s
Trimiteți un comentariu
Citiți mai multe

This summer I have discovered that driving in Greece is different than what I thought. My previous experiences included holiday destinations: In the islands of Crete, Rhodes, and Corfu, the summer traffic largely consisted of rented cars of even foreign ones. Although not majoritarian, they contributed to setting up social norms of driving close to Western Europe. Thessaloniki and Northern Greece, along Ignatia Odos, were not much different than the pattern that we met in the islands. This summer, it happened that we came again to Greece, for a wedding. Therefore, we took some time to do sightseeing. We landed in Thessalonikki and headed south towards Athens. It was like in a different country. The traffic made Romania look Western, and definitively much Northern than Greece. Drivers do not bother to follow speed limitation, to obey interdictions to overtake, or to wait until you finish your overtake on the highway. There were moments when, driving 20 kilometers faster than the spe
Un comentariu
Citiți mai multe