Lets adopt or give political asylum to British citizens

In 1944, my country was occupied by Soviet soldiers. It was our fault: we were part of a war that was not ours, and we chosen the wrong side. Communism was imposed to our people. Many died for dearing to have an oppinion. Some managed to leave the country. Britain was one of the societis where our Diaspora receive a place to live.

I have to remember another memory which seems to come from the same historical period. Hitler was elected in a democratic voting.

*This is not an original ideea. It was already made popular by the Guardian ( http://gu.com/p/4n4hm) following the proposal from Gândul (http://romaniansadoptremainians.gandul.info), from where I also borrow the picture.. 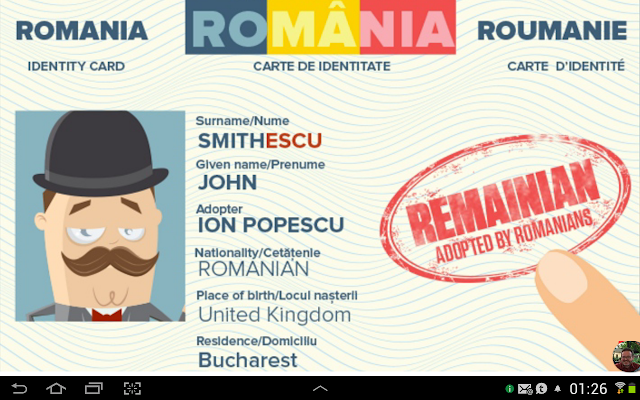